Home » About Us » Who We Are » Steering Committee

The UU Class Conversations Steering Committee members have more than a dozen decades of combined experience as facilitators and social change agents. They have pastored congregations, led Unitarian Universalist organizations, and/or been active in UU social justice organizations and projects. 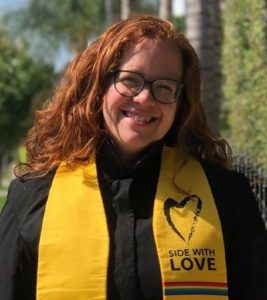 Rev. Megan Visser serves as the minister at UU of Santa Clarita Valley and for 10 years as a professor at Starr King School for the Ministry. As a member of the UU Class Conversations Steering Committee, she is committed to countering intersecting oppression as a key part of her teaching, scholarship and ministry. She is a trainer for UU-CC, delivering workshops primarily in the Pacific region of the UUA.

Mike Greenwood’s first UU Class Conversations workshop was in 2015. He has been an ardent supporter since then. A native Vermonter, Mike spent most of his life in southern New England where he was a teacher and staff developer for the Windsor Public Schools in addition to his position with the Conn. State Department of Education. After 35 years in education, Mike retired and has returned home to Vermont. He resides in Vergennes with his husband Liam and their adopted dog Flapjack.

Denise is a member of First Parish in Framingham, Mass. An only child for her first 11 years, she has been shaped by two “striver” African-American parents who struggled to assure their families “upward” mobility and benefited from societal changes that resulted from the civil rights struggles – in which  UUs played a significant role. 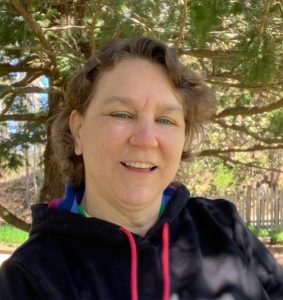 Diane Pansire serves as Treasurer of First Parish Brewster UU and as Treasurer also for UU Class Conversations. With curiosity and accountability, she is committed to using her privilege to create a more just distribution of wealth and power in our country. 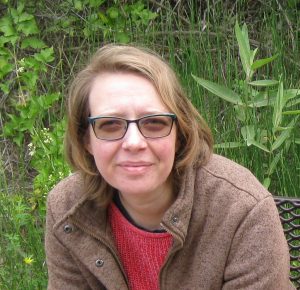 Elizabeth Cogliati is Director of Religious Education and Exploration at the Unitarian Universalist Church in Idaho Falls, Idaho. She has a bachelor’s degree in Health and Human Development, emphasis on Early Childhood Education and Horticulture from Montana State University Bozeman. She is also the social justice chair for the congregation. While previously working for the Office of Rural Health in Bozeman, Montana, she helped write and execute a survey of all the churches and social welfare organizations in Montana. 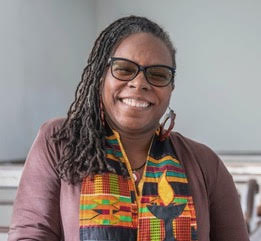 Rev. Kimberly Quinn Johnson serves as minister of the Unitarian Universalist Congregation of the South Fork in Bridgehampton, Long Island. She also serves on the Central Eastern Region Congregational Life Advisory Council and on the UUA Appointments Committee. Kimberly received a Master of Divinity degree from Meadville Lombard Theological School.

Before ministry, Kimberly worked as a union organizer with the United Auto Workers. She continues to teach Women’s and Gender Studies at New Jersey City University, where she teaches classes that challenge students to think critically about intersections of gender, race, class, sexuality, and ability—their impact on personal identity, human relationships, through policy and practice. Kimberly grew up in Jersey City and East Orange, NJ. Growing up, her class experienced shifted from working class to poverty. As an adult, though she still identifies as working class, she experiences the social class of an educated professional. 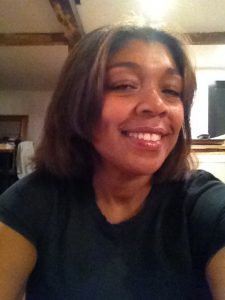 Kim Arias, Ph.D. is a psychologist and resides in Huntington, N.Y. She has worked primarily with disenfranchised youth to help them realize their value and choose their own paths and live their truths. The UU principles of worth, dignity and social justice resonate strongly with her so when the opportunity to work with the UU-CC Steering Committee arose, she knew it was a good fit.