Home » uncategorized » I Work, Therefore I Am …

I Work, Therefore I Am …

By justusgal in uncategorized on August 3, 2015.

How do you define “working class”?

The girlfriend of a friend of mine used to insist that she was working class because her parents worked. They paid for her car, utilities and all of her credit card bills. They paid all of her undergraduate tuition without financial aid. They even paid for the weekly maid service she enjoyed. 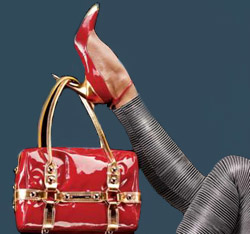 She used to casually stop into Nordstrom’s (an upscale department store) and drop $200 on a single pair of shoes on a whim, because her parents would pay the bill. The only thing she paid for was her half of the rent on a 4-bedroom waterfront condo for just the two of them – which she could not have afforded if her parents hadn’t been paying for everything else.

She used to chide my friend for being broke all the time even though he technically made more than she did (by only a few thousand). He had student loans. He had to pay all of his bills himself. He owed money on his car. He did not have parents who could underwrite spontaneous $200 purchases of shoes.

She genuinely could not understand why he was financially strapped all of the time.

And this, to me, is why I have never been able to view her as working class. Well into her 30s her parents supported her in a life of comfort. And she so firmly believed that she was working class (because she and her parents worked) that she could not understand that it wasn’t the same for everyone else.

By the classic definition “nothing to sell but labor-power and skills,” she was working class. But when it comes to privilege and relating to money, it always felt like she came from a different world. She chose to work. But her parents had enough wealth that she didn’t have to. And she had no concept of what it was like to have to rely on income from a job in order to survive.

Leave  comment, and let me know: Where is the line for you?