By justusgal in class prejudice, class solidarity, classism on June 23, 2015. 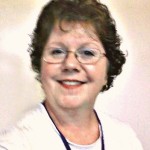 According to the National Coalition for the Homeless, well over 30 municipalities have restricted or banned sharing food with homeless people across the USA. Learning about this horror made me think about how (increasingly) rare it is for people from different class groups – and even with different class backgrounds – to interact. It becomes easy to view someone as “the other” when you see them only from afar – if you see them at all.

This thought brought back memories of one summer, during the mid-80s, when I saw how the myth of “other” began to crumble ever so slightly for one young man.

I worked on a grassroots campaign to pass a Consumer Utility Bill (CUB), which would have allowed consumers to contribute $1 to hire an expert to rebut Utility Company testimony during rate hike hearings. No one had organized Chelsea, home of the House Ways and Means Committee Chairman, Richie Voke. Ever.

Chelsea was the poorest city in Greater Boston, and one of the poorest in the state. It was expected that my crew would last a couple of hours, at most. But with youthful optimism and energy, I gathered all the multilingual canvassers who would accept my invitation, and off we went. Our assignment was to gather handwritten letters to deliver to Rep. Voke, as well as contributions of any amount (wink, wink).

As that one evening stretched into the second week, a young man in preppie attire balked at joining the crew. “Of course, it is easy for you. You’re working class.” Ummm.

Not exactly. I explained that I had grown up in a well-to-do suburb of Boston. Once upon a time, it was known as “one of the three Ws for wealth: Winchester, Weston, and Wellesley.” Moreover, I had graduated with honors from Harvard-Radcliffe College just a few years before, albeit on scholarship.

Well, perhaps he could give it a try, even though he was coming from an upper class family on the North Shore. He grudgingly came with us to Chelsea.

Given his misgivings, we agreed to a check-in within the first hour. Turning the corner toward the designated meeting spot, I wondered what I would find. Up ahead, the young man stood quietly, as if trying to avoid attention. As he slid into the passenger seat, he was beaming. He waved a letter in his hand, and exclaimed, “You were right, Nancy. Working class people are just like us!” I did bite my tongue. His sincere amazement caught my breath.

This young man joined us for a second evening, and his enthusiasm contributed greatly to our campaign. All told, we visited Chelsea for two weeks, gathered 50 letters, over 250 signatures, and many memberships. It turns out that Chelsea is a city with many different neighborhoods, and socioeconomic classes. We even received a $50 contribution (well before the gentrification and condos of the new millennium).

Richie Voke responded immediately, rescuing the CUB and setting it up for passage. Unfortunately, in October that year, the U.S. Supreme Court struck down a similar provision, disallowing consumers to piggy-back communication in the utility statement envelopes. Alas. The campaign was successful in so many ways, for all of us.

Perhaps my own openness to all classes developed from the economic reality of my childhood in Winchester. Recently, my mother informed me that we would have had more money if she, as a widow with two small children, had applied for welfare. Instead, my grandparents assisted with budgeting (not actual funds) and my experience of socioeconomic realities was fluid and not particularly painful. I worked from the age of nine, but then so did many babysitters.

Whatever our response to the challenges of class discrimination, we cannot leave our cross-cultural encounters to chance. Class conversations are one way to begin deliberate steps toward widening our Circle of We, and ending classism.

← The Intersection Between Class and Race I Work, Therefore I Am … →