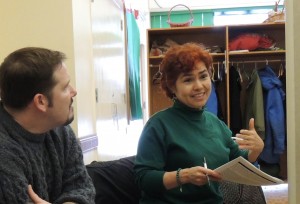 I have posted two versions of my own story as examples.